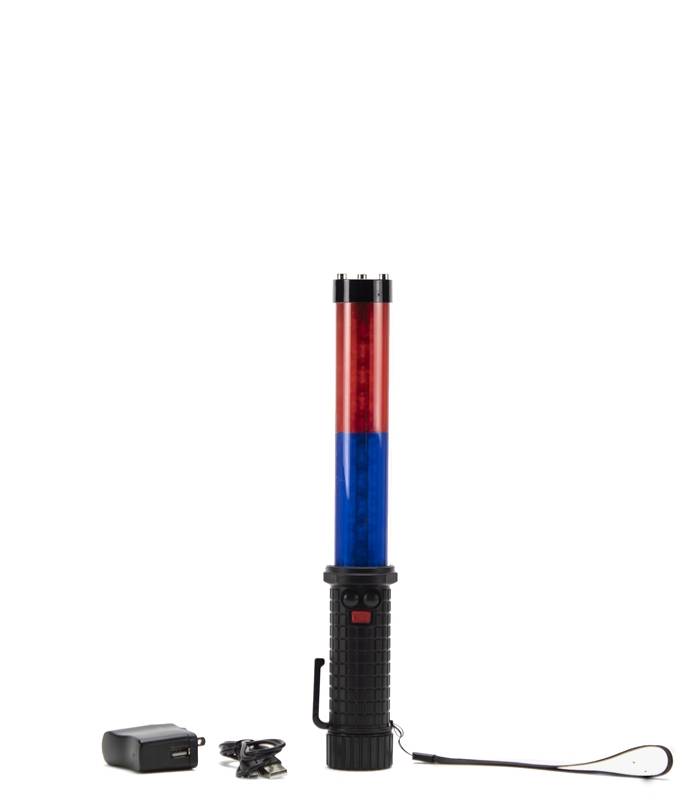 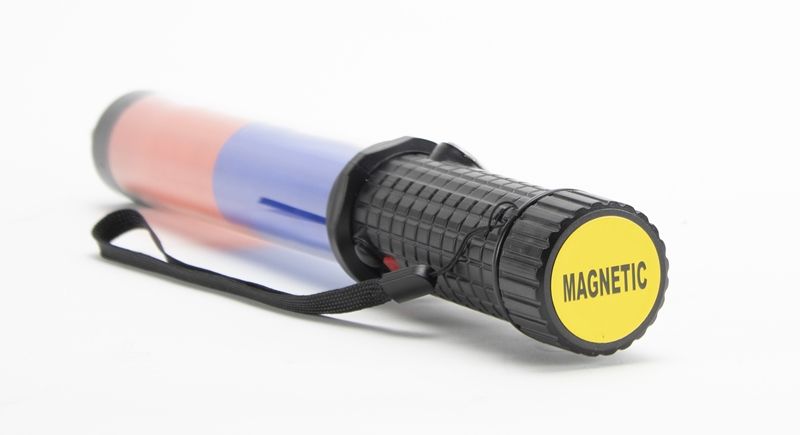 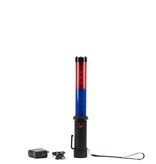 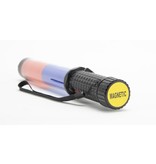 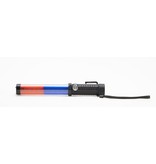 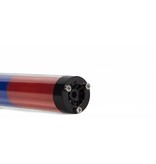 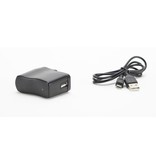 This LED traffic baton is a multifunctional warning light/signal light with 4 different pre-programmed light patterns. It has blue and red LEDs that can work separately or alternating. The LED traffic wand is ideal for police and emergency services to marshall traffic or to attract attention in dangerous situations. The LED traffic baton can also be used by traffic marshals, wardens, in emergency situations, at major events or on industrial premises.

The LED baton also has a build-in white flashlight. Useful if, for example, you have to inspect documents or look at something at night. Thanks to its strong magnet, this LED traffic wand can be mounted on a metal surface to mark your broken down vehicle or to draw attention to an emergency situation.

Because the LED torch is drip-proof, it can be used without problems in rainy weather. The casing is made of unbreakable polycarbonate in combination with a silicone handle and easily withstands shocks. The LED traffic wand can even be used as an emergency hammer to break a window to free someone from a car wreck.

The handle and the on/off buttons of the LED traffic baton have profiled ribbing to ensure you always have a good grip. There is also a belt clip and a handstrap to have your LED baton always close at hand.

Our LED traffic baton with blue and red LEDs is rechargeable and comes standard with an USB charger which can be used in a power point or in your car so that it is always ready for use.

In addition to the striking red and blue flashlights, the LED traffic wand is also equipped with a built-in 120 dB electronic whistle signal that immediately attracts attention at the push of a button. This makes the use of our LED traffic baton ideal for traffic control and in breakdown or emergency situations.

This traffic baton is therefore without a doubt to be highly recommended to guide and marshal people and vehicles safely in all situations. 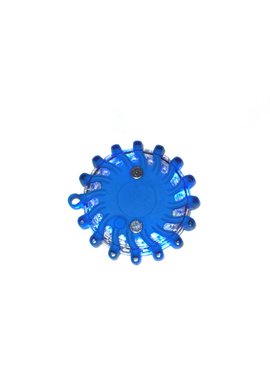 16 LED hazard flare - blue
Hazard flare with 9 different functions. It is rechargeable, waterproof, floating, magnetic and crush resistant. The blue flare may NOT be used in public places except by authorised emergency services. 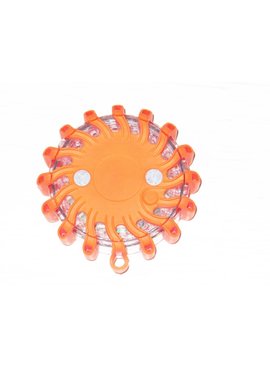 16 LED hazard flare - orange
Indispensable in case of breakdown or emergency, but also just to attract attention. This hazard flare is magnetic, waterproof, floating and rechargeable. 9 different flash patterns with a simple push of a button. 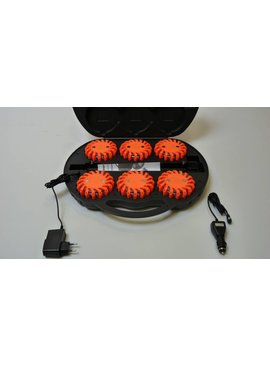 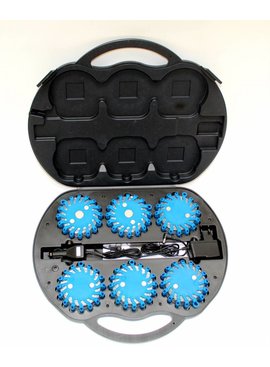 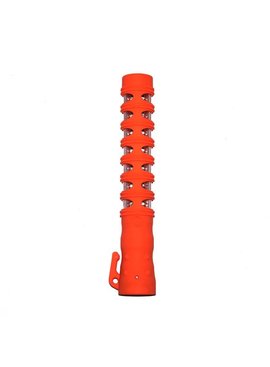 LED Traffic baton - orange
This versatile rechargeable orange LED traffic baton is not only useful to guide traffic, its strong magnet also makes it an ideal hazard flared in case of an accident or a break down. It has 5 different pre-programmed flashing patterns. 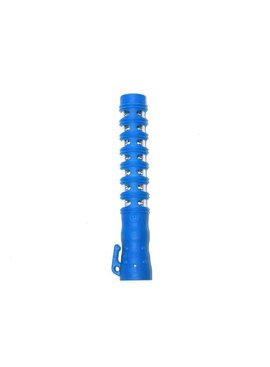 LED Traffic baton - blue
This versatile rechargeableblue LED traffic baton is not only useful to guide traffic, its strong magnet also makes it an ideal hazard flared in case of an accident or a break down. It has 5 different pre-programmed flashing patterns. 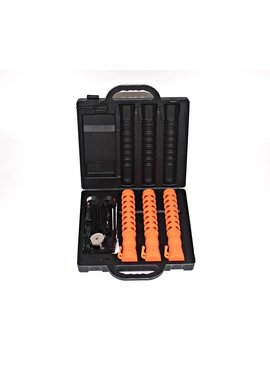 Case with 3 LED traffic batons - orange or blue
Case with 3 traffic batons. Rechargeable, magnetic and waterproof. Well suited to guide traffic or to attract attention to a possible dangerous situation.
By using our website, you agree to the usage of cookies to help us make this website better. Hide this message More on cookies »