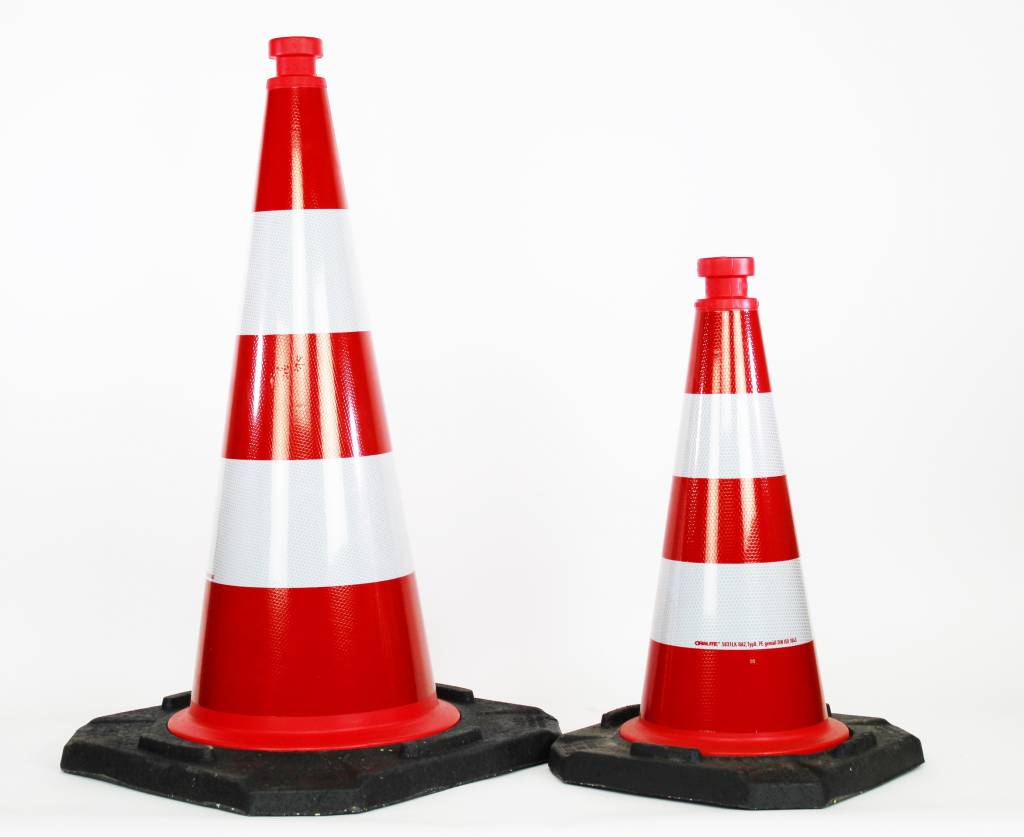 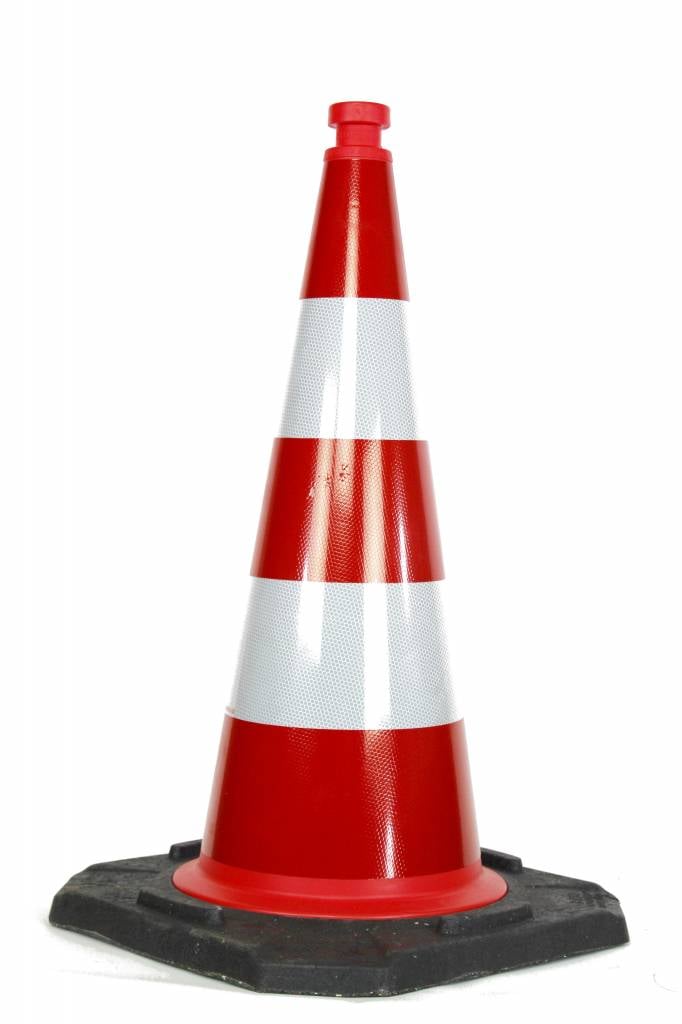 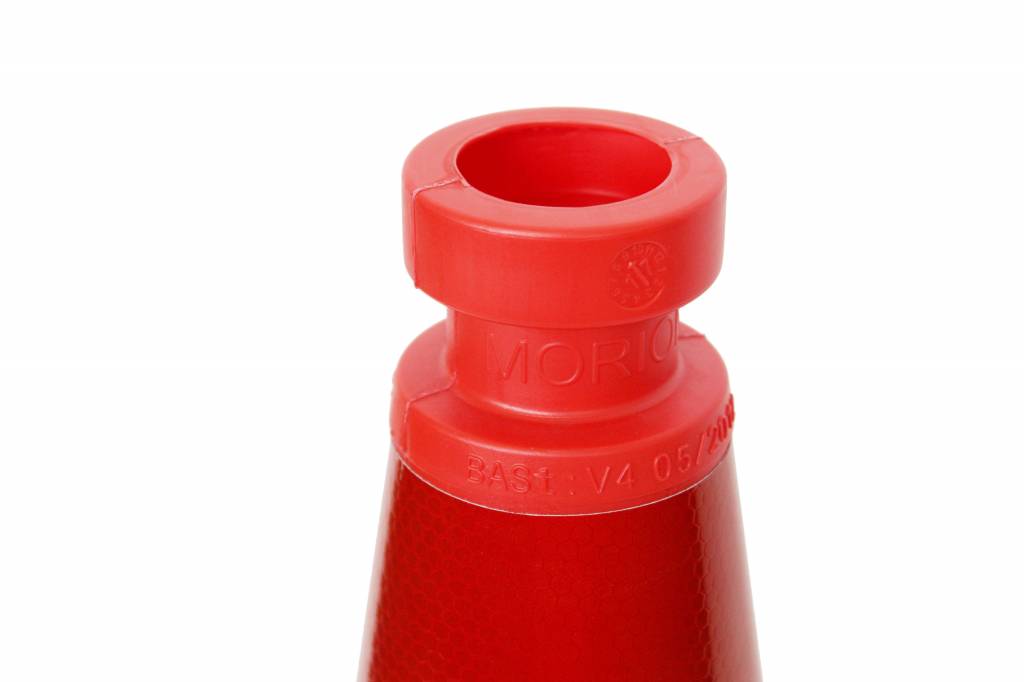 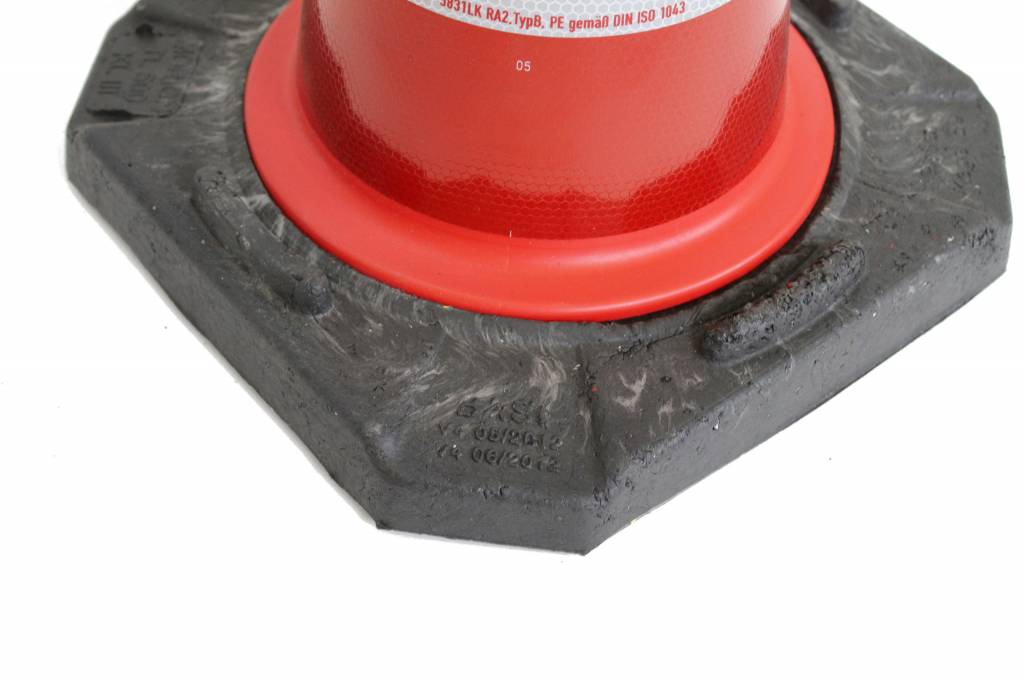 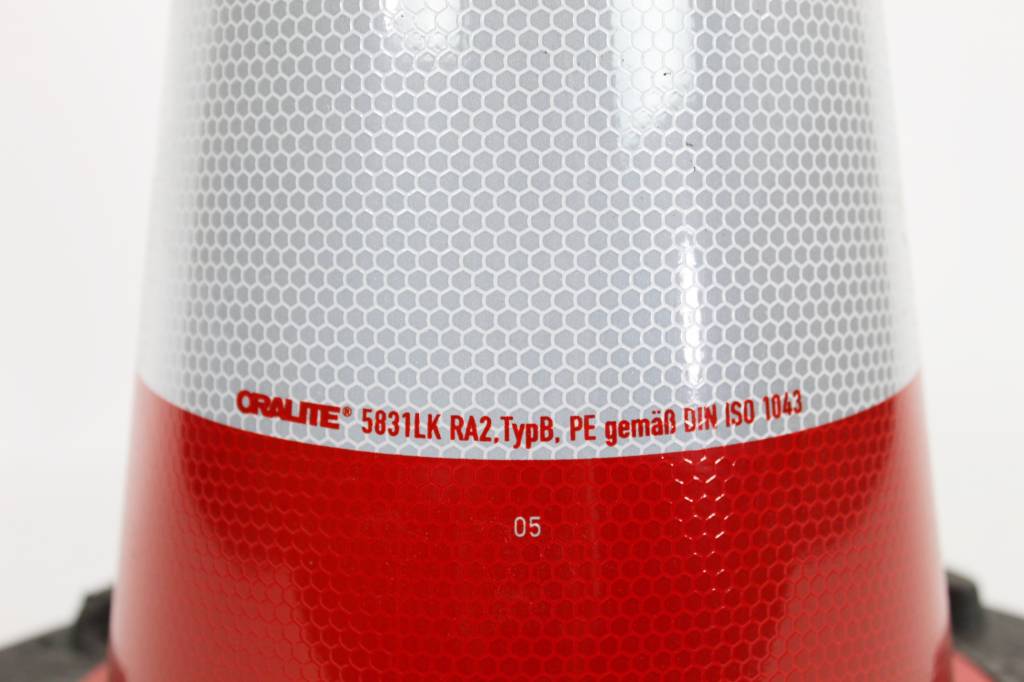 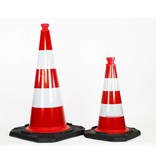 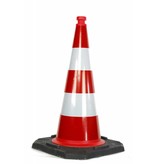 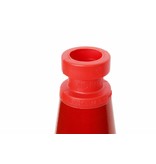 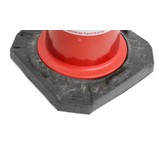 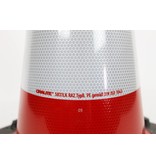 This traffic cone has both white and red reflective markings that ensure optimal visibility day and night. He meets all of the national and European standards, tested by the German Bundesanstalt für Straℑenwesen (BaST). Each traffic cone is therefore provided with the appropriate quality marks on the body, the reflective film and the foot.

The traffic cone is provided with a class 2 reflective film over the entire height of its body. As a result, the cones are clearly visible in the dark and during bad weather conditions, which benefits road safety. The film consists of 3 red and 2 white markings and they form one whole.

The top of the cone has a handy grip for placing or removing the cone and also forms an anchor point for signalling ribbon.

The traffic cone is designed in such a way that when stacking, the surface with the reflective film does not come into contact with the cone underneath and the risk of damage is minimized.

Thanks to the weighted base of recycled PVC, the traffic cone remains stable and can be used perfectly in windy conditions or alongside passing traffic. The foot of this traffic cone is provided with an anti-slip profile and is raised so that abundant rain can flow away freely. 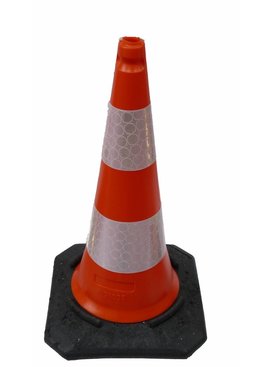 Traffic cone 'BIG FOOT' - 75 cm high
Top quality at the best price. Meets the highest standards of safety and signalization. Highly durable cone for heavy professional use. Long life in extreme conditions. Always available in our range. The choice of the professional. 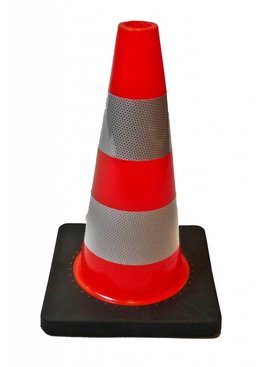 Traffic cone industry - 50 cm
Ultra-soft and flexible rubber traffic cone made out of polyurethane (PU). These cones resist collisions of cars and are suitable for protecting hazardous areas or activities.

End piece for signalisation cones
End hook for traffic cones made of polyethylene.
Fits most cones thanks to its fins.
Once attached, the hook can be rotated on itself to have the correct orientation.
Sale! 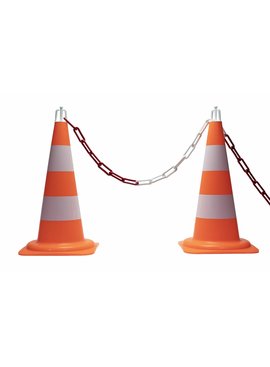 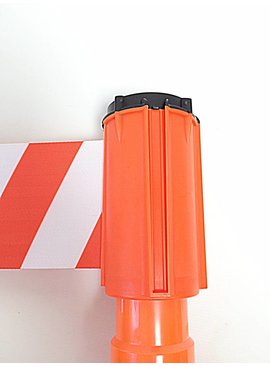 Retractable barrier tape for traffic cones, 3 m x 100 mm Red White.
Tape holder with ribbon for placement on traffic cones. Suitable for a striking and flexible marking zone. A very efficient beaconing for use on temporary zones or for quick movements.
By using our website, you agree to the usage of cookies to help us make this website better. Hide this message More on cookies »