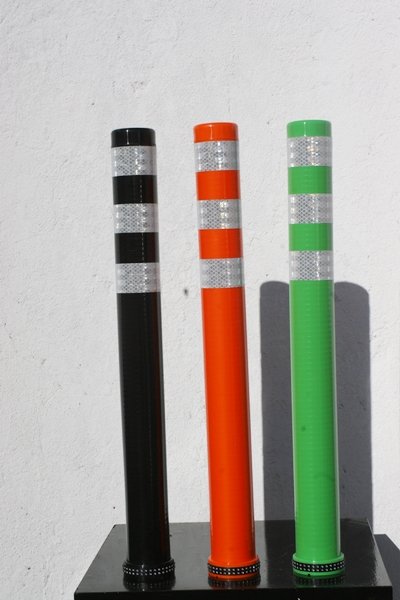 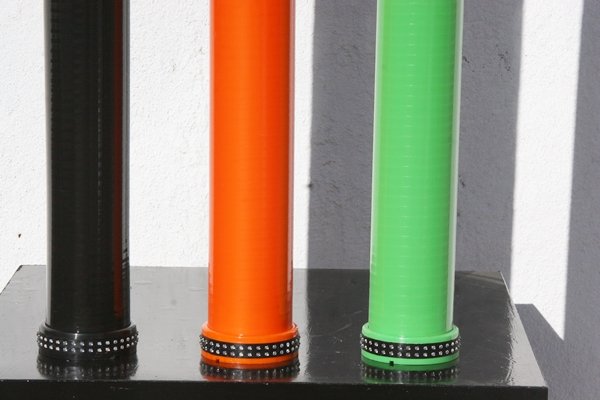 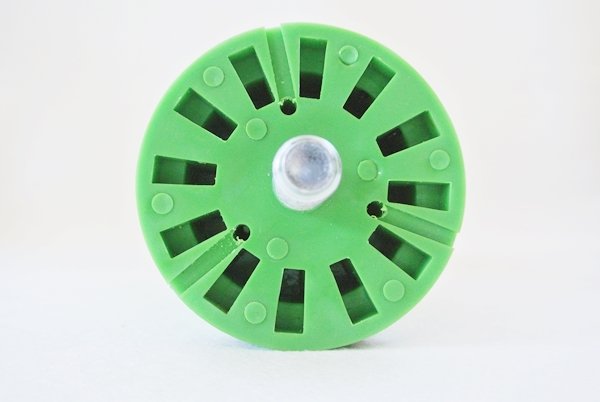 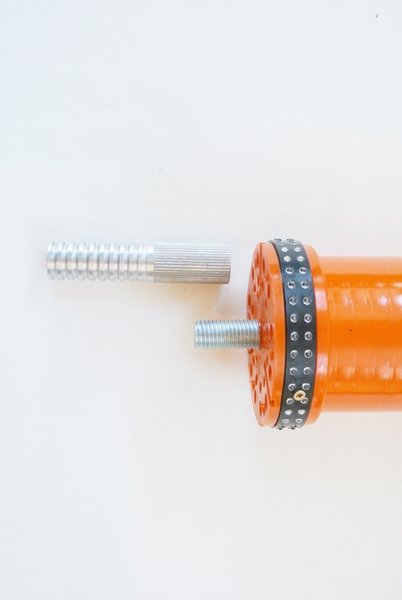 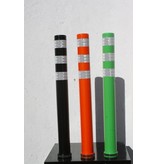 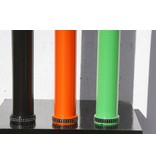 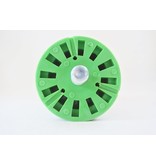 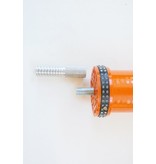 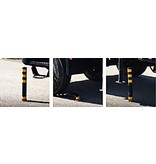 The new generation of flexible bollards

The Smartflex Pole Cone is designed for use on roads, car parks, cycle lanes and other areas where traffic flows need to be guided. The installation of Smartflex Pole Cones has a deterrent effect, reducing the risk of accidents significantly.

Due to the manufacturing method and the use of high quality material, the Smartflex Pole Cone offers great resistance and full flexibility, returning to it's original form after any kind of impact, with no damage.

The Smartflex Pole Cone is ideally suited as an alternative for traditional steel, wooden or other bollards and over time reduce the cost of their repair and/or replacement significantly. Thus the initial investement is recovered quickly.

Each Smartflex Pole cone is equipped with three reflective bands Class 2 on the body of the bollard and additionally with a band of glass beads at the base, thus ensuring optimal visibility at all times.

Installation is easy and requires minimal equipment. The Smartflex Pole Cone is manufactured without any loose or separate parts, combining the body of the bollard with the base, its internal flextube and the installation bolt as a single unit that fits into the ground anchor. By using the 1mm PVC disc between the base and the road surface, the Smartflex Pole Cone becomes easily removable by using the specially designed smartkey.

Flexible bollard FLEXPIN - red/white
Flexible two-piece bollard for roads and car parks. Suitable to use as delineator or as reboundable bollard. Its completely reflective surface increases visibility. The rubber base has to be ordered separately.

Self-righting Cylinder T-FLEX 75 CM
Flexible beacon made from one piece and equipped with 3 retroreflective strips Class 2, rebounces automatically after a collision. Available in yellow, orange and green.
By using our website, you agree to the usage of cookies to help us make this website better. Hide this message More on cookies »